Cars, gasoline and MPG’s | My Experiences

So this is something that has always interested me and will continue to as time goes on.

What is the best way to get the best gas mileage?

and I am on my second motor and third transmission, and I have told myself and others that I will never sell it-  I’ll just park it in the back yard and let the weeds grow around it (my HO association would love it!).

The Civic has always been good with gas until about middle of last year when my average went from 34 to 28MPG.  Which still is better than most cars these days, but with gas peaking around $3.50 now and talks of it going up to $5.00 by this summer, something had to give.

So I started doing research and more research.  And while a VW or Audi turbo-diesel looked very appealing from a fuel consumption stand point, spending $15K on a vehicle with only a 10-20% increase on my old average did not.  Plus the cost of deisel being 10-20% more, didn’t work in my head.

So I dropped my car off at my wife’s uncle, who owns a shop nearby.  In his regular checks, he said the passengar wheel bearing sounded like it was going out.  I hadn’t heard or felt anything but hey I am not the mechanic.  So $300 later, I had a new wheel bearing, and on the next tank I got an awesome 43.8MPG, but those in the hyper-miler world always work on averages over time.

So doing more research I found by modifying your driving habits you can greatly increase your MPG.  So today I picked up a tool to help me do this.  With my Honda being a 1996 it was ODBII, which allowed me to pick up a Scangauge II, over at cleanmpg.com.  My car unlike many vehicles sold today, does not have a computer readout to give my instant MPG or average MPG, which I will need to help me reach my goal.

So a buddy of mine did pick up a Audi A3 about a month back, which is turbo diesel, that Audi only plans to produce from 2010 to 2012.  I emailed him last 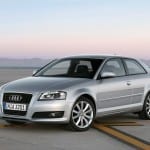 night to ask him what he was getting- he replied this AM, with about 45MPG.  So that’s my goal, to get better than 45MPG on a 30 day average.

This is going to be hard, for me anyway.  I drive 60 miles per day for work, 6 days a week.  So that’s 360mi per week.  Before I decided to hyper mile, I would fill up every 2-3 days and drive as fast as I could, like a jack rabbit on crack.  Daily speeds could easily exceed 100MPH- and yet I was still getting 34MPG!  The past week I have been going easy on it, and I’ve been averaging 38mpg.

Until a fully tested electric car like Tesla Motors is built and priced for the masses, gas will be expensive and the economy will suffer.  Unless people get educated and drive smart, we will continue to face these issue of high gas prices.  It’s not hard to modify your driving habits to get the most out of every tank (not speaking from experience at this point).

I plan on writing up some reviews about my experience in shopping for a efficient vehicle.  So stay tuned.